Marketing your company or cause on Reddit can help you reach the hundreds of millions of people that use it each month, but there are many factors that go into getting to the top of Reddit. Reddit uses a voting system to rank posts, meaning your post will be displayed higher the more votes it gets in the hours after you post on Reddit. For that reason, it’s important to ensure you post to Reddit at the right time to maximize the number of users that will vote for and view your post.

On the whole, Reddit’s traffic is highest from around 5pm-11pm EST. This follows Reddit’s general popularity, with its user base most concentrated in the United States. Those patterns vary by subreddit, depending on the individual community’s user makeup, lifestyle and location. While raw traffic is highest at these times, that doesn’t necessarily mean it’s the best time to post. Instead, you want to give your post time to gain traction by the time traffic is at its highest. To find the best time to post to Reddit for your individual subreddit, you can enter the subreddit into LaterforReddit which will analyze the best performing posts in that community and suggest times to post to maximize your potential. 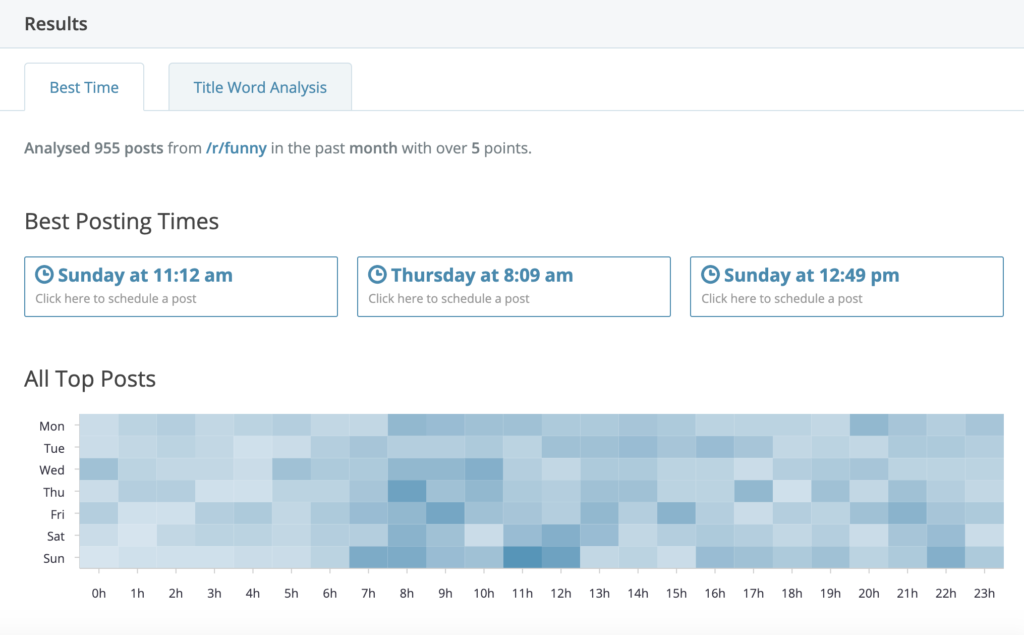 Once you’ve decided on a time, you can use Delay for Reddit to enter your post title, content and set a time you want to automatically post to your targeted subreddit. The tool will take care of the rest, posting your content automatically at your desired time.