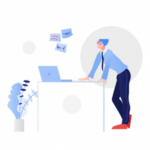 Select how many Reddit upvotes you want and enter your post’s unshortened URL into the BoostUpvotes order form. Our team of real humans upvote your post, giving it the boost it needs to succeed and drive targeted traffic to your content.

Unlike other services, we exclusively use real humans to upvote your posts. This means they flow in naturally from real users around the world and prevent your post from being removed.

Boost Upvotes offers a 100% satisfaction guarantee on all orders. If you have any trouble at any time during the order and delivery process, we will fix your problem within 24 hours.

Our team is North America based and provides complimentary support on all of your orders. Our support is always staffed by native English speaking humans and can be reached at any time.

Boost Upvotes is the only Reddit upvote provider that offers a lowest price guarantee on all Reddit upvote packages. Our packages start at just $0.20 per upvote.

We accept credit and debit card payments through a secure and fraud proof system used by many of the largest businesses online whenever you buy Reddit upvotes.

BoostUpvotes works by promoting your Reddit post to our team of Reddit users across the globe. By increasing your post’s upvote count early on after your post is submitted, we greatly increase your exposure and traffic.

How long do upvotes take to arrive?

We upvote 100% manually from well-established accounts starting within 15 minutes after you order. Orders are typically delivered within 2 hours of ordering.

Are there any hidden or extra fees?

No. BoostUpvotes packages are all one time charges and what you see advertised is what you’ll pay. All PayPal fees are covered on our end with taxes and fees included.

Which payment methods do you offer?

We currently allow customers to order and deposit to their accounts using all major credit and debit cards as well as cryptocurrency.

Can you guarantee me front page placement on Reddit?

BoostUpvotes cannot guarantee front page placement on Reddit, that is dependent on your content. This helps increase your organic traffic and make your content go viral.

BoostUpvotes offers full time Reddit marketing packages where our project managers go over your goals and requirements and develop and implement a detailed strategy to achieve the results you want. Contact us to find out more.

Reddit is the tenth most visited website in the U.S. and reaches over 1.4 billion monthly viewers across the world. Reddit uses a voting system where the number of votes a post receives dictates its ranking on the website as a whole, and on topic focused subreddits.

Reddit upvotes allow you to get exposure for your message, brand, or product and have a snowball effect on the traffic a post receives. When your post receives upvotes early on, it is shown to more users who will in turn push your post higher up on Reddit and the Subreddit you are targeting.

Reddit has a highly active community and is one of the best sources of viral traffic for any business or message. Buying Reddit Upvotes will get the ball rolling for your message to be seen by the critical mass of initial users, and will send your message to the front page to receive tens of thousands of organic hits and thousands of interested customers. Boost Upvotes has been in operation since 2015 and provides the best combination of quality and value out of all Reddit upvote suppliers. Bought 200 upvotes and it was delivered over 2 hours. Ended up at over 3,000 and the front page of the subreddit InternetIsBeautiful. Thank you!

Fast and well spread out within an hour of ordering. 5/5